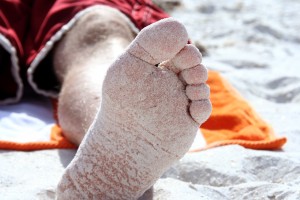 I should only have to see this at the beach.

Dress trousers should have proper creases in them.

You’re wearing trousers, not sweatpants.
Apparently, this trait is even enough to get someone elected president, according to this famous quote from a David Brooks story on then candidate-to-be Obama.

That first encounter is still vivid in Brooks’s mind. “I remember distinctly an image of–we were sitting on his couches, and I was looking at his pant leg and his perfectly creased pant,” Brooks says, “and I’m thinking, a) he’s going to be president and b) he’ll be a very good president.”

You can’t put an iron in a spray bottle.

That wrinkle spray crap that people try to use instead of an iron is… crap.

A proper wallet is made of leather, not nylon and velcro. And wallets are not filing cabinets. ID, cards, cash are about all it needs. That ticket stub from Titanic? You just don’t need it anymore. Let go…

If you’re over sixty and want to, odds are you can rock a beret. Both my dad and grandfather wore berets, or more accurately las boinas as they are called in Spain. (All my grandparents came from Spain.) Anybody under sixty is usually taking a big risk.

I can’t prove this, but the advent of sneakers that “tie” with velcro instead of laces has dropped the average IQ 1.5 points.

What Would James Bond Do?

A black suit is not a tuxedo, you cheap putz.

Question: What does a Scotsman wear under his kilt?
(Answer below.)

Only two kinds of guys can work a kilt: complete beef monsters that toss logs & cute little old guys with bagpipes. Obvious exception: anybody that can rock the ‘pipes.

I don’t care how many non-timekeeping functions your watch has and neither should you. Unless it can make a cup of coffee or a decent omelet. That would be cool. 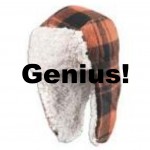 Fur lined hats with earflaps and chin straps look dumb until it hits 5 degrees below freezing. Then they look genius.

A pocketknife or pocket Leatherman multi-tool is a quintessential Old School accessory — not so much of fashion, but everyday life. Got one in my right front trouser pocket nearly all the time.

Ten pounds of ‘taters in a five pound sack

Sure, I know you’ll lose the weight. But in the meantime buy a few things that fit.

Seersucker suits are highly under rated.

Nobody wants to see man toes. (It’s worth repeating.)

“Gotta love a man in uniform” 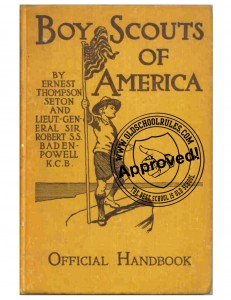 No matter how fat, pale or pasty, Dad looks good in a Scouting uniform.

Have your own Old School dressing tip?
Share it in the comments section.

Keep it Old School, my friends

Answer: His shoes, of course.

#2 Spread the news about Old School Rules to your friends and encourage them to “like” us on FB subscribe to the RSS feed, too!

Posted under clothing,humor and tagged with mens fashion
Comments (26)