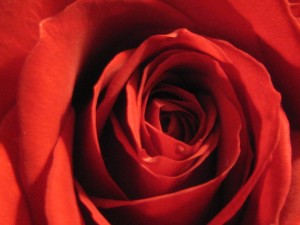 I have never thought of myself as a smooth ladies man kind of guy.

The Smokin’ Hot Wife has never thought of me in that way, either.

Yet despite this, I am a fat middle aged guy who has a Smokin’ Hot Wife who is awesome in every other way, too. Sure, God paired speech with a jackass so He could pair my wife with me. God holds some percentage of the responsibility for us being together. But what about the other one tenth of one percent? Obviously that can only be attributed to my smooth romanticizing genius.

With this in mind, OSR presents…

Your Valentine’s Day Plan of Attack!!

Yeah, OK, maybe “plan of attack” is a bit much, but when a holiday’s imagery focuses on flowers, candy and fat guys in diapers with arrows, I try man it up as much as I can.

To make your girl’s Valentine’s Day the best it can be, you’ve got to think of it in terms of a Christmas parade build up. A Christmas parade doesn’t start with Santa and is not only Santa. Instead it features a bunch of lesser stuff — marching bands, floats, elves — to build up to Santa.

That’s what you must have…

A Valentine’s Day
Build Up

Over the next two weeks OSR will give you what it takes to not only avoid screwing this up, but kick butt, take names and make Barry White proud. How good will OSR make you? When your girl brags about you to other women, their men will look lame in comparison. Consider these men casualties of war. When they come to you battered and bruised, do them a solid and forward them this blog.

MOVE #1 IN YOUR BATTLE PLAN

Breakfast in bed. I’m not giving recipes for this. You’re an Old School Man and I don’t know what your girl likes for breakfast, anyway. Just keep this in mind. We eat with our eyes as well as our mouth. Make it look good. And do it more than once. And as a great man once said…

“You can’t go wrong with waffles.”

I don’t know who said that, but if someone did say it I can pretty much be certain he was great.

So tomorrow, first thing, breakfast in bed. Repeat this several times before Valentine’s Day. Not married but want to still get the benefits of this move? Drop off breakfast at her place. Don’t linger around. Just say, “Here. I was thinking of you.” Then head off into the workday sun. Caution: this move is strong and should not be attempted by amateurs.

Follow this up with flowers, more breakfasts in bed, love notes and a nice dinner and you’ll do just fine.