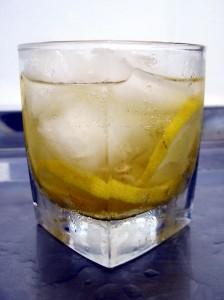 Robin Williams once said, “Cocaine is God’s way of saying you have too much money.” There is now another way. Chilean police are holding a man on suspicion of stealing five tons of ice from a glacier in Patagonia to sell as designer ice cubes for cocktails. My late father, who began many days by taking a small snort of cheap whiskey (Pressman’s Club) from a dime store jelly glass, would have loved this story.

It’s as foolish as the guy I met who insisted he would only drink Perrier water, then drank it on ice. Of course, the ice was made from pure Pittsburgh tap water.

The men of Punxsutawney just gave a lesson in Old School showmanship. A few minutes ago half a dozen guys dressed to the Old School nines took a whopping ten minutes to lift up a ground hog and tell people it was going to be cold. As someone who pays the bills performing shows, it was quite the lesson.

Here are the few of the highlights for me

Great article at Dumb Little Man about the lies personal development gurus can tell. I linked to this article because as I first wrote here, you’ve got to cut the bull to go Old School.