Put Away Your Camera And Live In The Now 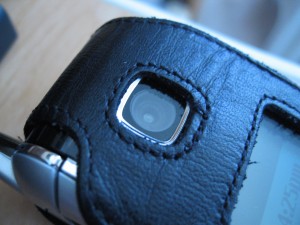 I was watching a political rally on TV. The camera panned back so I could see the crowd. There were over a thousand supporters in the audience with about one hundred visible on screen. Several dozens of those people were holding up their smart phones to record the speaker.

These people went to trouble to get in their car, fight traffic, and attend the event. They did all of this knowing they could see the event the next day online.

But they still stood with their hands in the air holding up a camera.

My day job is performing magic. Years ago I was working a festival gig. During one show I was having an especially good time and so was the audience. And yet I was distracted by one guy who was recording my act through his camcorder. He sat there, taping the entire show. (A hugely, rude, and possibly illegal thing to do without a performer’s permission. Don’t believe it’s wrong? Try it the next time you go to the movie theater.) I noticed him and I directed the attention of the audience towards the guy and said…

“Most people, if given the choice between watching a show live and watching it on a small screen would pick the live show if they didn’t mind going to the effort and expense to get to live show. But this guy goes to all the effort to get here and still watches the show through a TV screen. Genius.”

This may not read funny, but it played very funny and received a big laugh from the rest of the audience. I then asked him, “So why are you doing this?”

He replied, “I have friends who aren’t here and they wanted to see your show.”

I gestured to the rest of the audience and said, “Then let them buy a ticket like ALL OF THESE PEOPLE DID.” Then, and I suppose I should have expected this, the rest of the crowd broke into very loud cheers. The camera guy then slunk away.

While it wasn’t my intention to induce cinematic slunking, I hope the guy learned a bigger lesson than he shouldn’t tape shows without permission.

I hope the guy learned to put the stinkin’ camera down and live in the now. Enjoy the moment. Enjoy the show. As an entertainer I’ve enjoyed watching the thousands of laughing, smiling, cheering faces in my audiences. Not one of those happy faces was watching me through a cell phone camera screen.

Virtually every cell phone made today has a camera. Having grown up in a house with a single serpentine-corded phone, I love this technology. What is not Old School is how we’ve cut one cord only to replace it with a another. A cord that wraps itself around our minds and keeps us from living in the moment and enjoying life.

So take a few pictures. Few means less than six. Then put the thing away and enjoy the show and enjoy your life.