It is said there are two certainties in life, death and taxes. There’s a third certainty: people will try to avoid taxes, especially ones they feel are punitive. It is this third certainty that brought about one of the most clever responses.

In 1845 the city of Memphis was experiencing a cash short fall. While historians disagree on the cause of the financial crisis, most believe city treasurer Elwood Danforth absconded with, in today’s dollars, $12-15 million.  This put Mayor Jesse J. Finley on a mission. He knew retrieving the cash was unlikely, as Danforth had strong political ties at the state level far deeper than Finley’s. Plus, it was rumored the money was spent before its theft was discovered. So how was Mayor Finley to get back the money, or at least some money?

Finley decided he would tax shrubbery. Why shrubbery? At that time in Tennessee landscape trends, the rich & trendy took great pride in their ornate topiary, the practice of trimming shrubs into ornate shapes. There were thousands of topiary bushes on the wealthy estates in the Memphis area. The tax ordinance read, in part:

All ornamental, trimmed shrubbery shall be taxed at the amount of ten dollars for each plant

In today’s dollars that’s about $230 per bush! For a rich 19th century landowner, with an estate of a few hundred acres, that was bit too much too swallow. So how did they get around the tax? 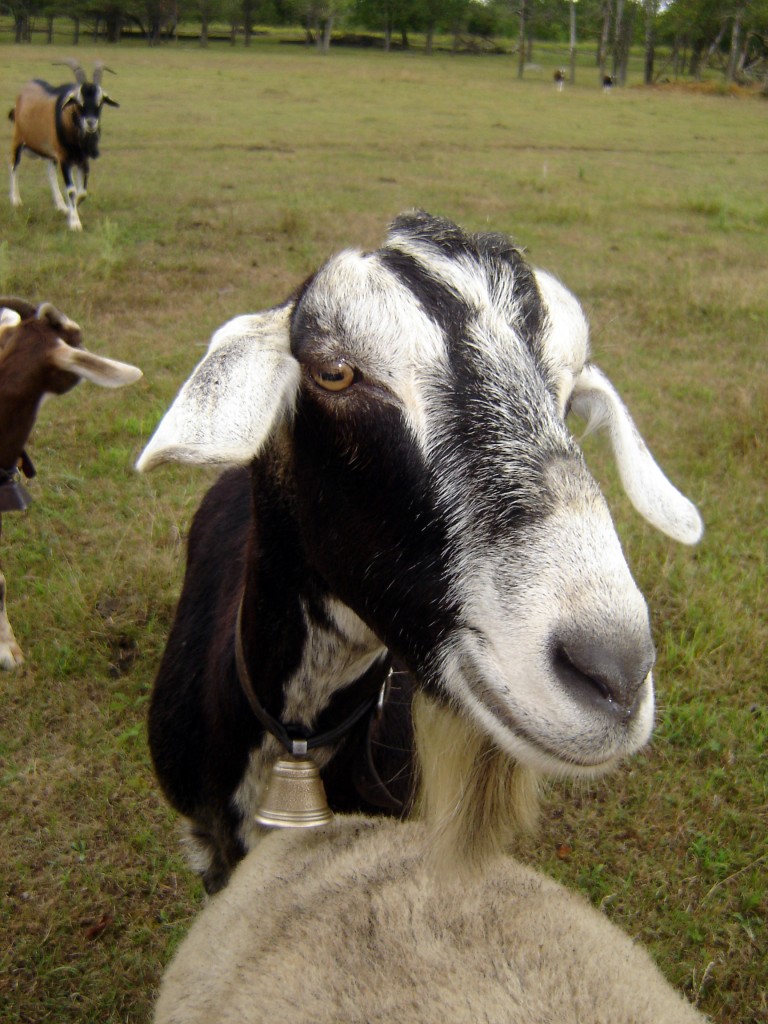 Overnight dozens of plantation owner became goat farmers, if in name only. “These shrubs aren’t ornamental. They are feed for my goats!” was the cry of the plantation owners. One owner, Charles Garlson, became known as “Goats” Garlson and later used the slogan “Go With Goats” in an unsuccessful mayoral campaign.

It is not known who first used this ploy. It is only known it became very popular, within a month increasing the area’s goat population over one hundredfold. As goats were brought to the area by river or road, they were nicknamed “goat boats”.

Given the power of the response, the topiary tax was repealed in 59 days and Finley and future mayors sought less unusual ways to recoup their losses. 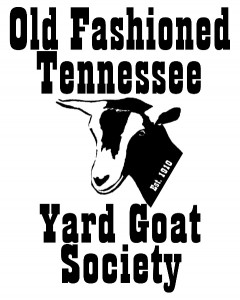 So what happens to the hundreds of new goats? Many were sold. Many were slaughtered. But few, a very few, were kept and thus began the tradition of Old Fashioned Tennessee Yard Goats (OFTYG). Many of the owners became fond of the goats and viewed them as pets, rather than livestock. The idea spread.

Established in 1910, the OFTYG Society had 8,456 members by 1928. The Great Depression hit the group hard and it nearly vanished, but the group still survives and has experienced a resurgence over the past decade.

One hundred sixty seven years later the tradition and practice lives on, both in and far beyond Tennessee’s borders. The charm and humor of the Old Fashioned Tennessee Yard Goat endures.